The French neurotech startup Nextmind presented its brain computer interface of the same name at CES in Las Vegas. So you should be able to operate a computer with your thoughts.

Nextmind wants to have developed a way to control software, such as computer games with thoughts . This is served by a 60 Gram light disc, which is worn on the back of the head where the visual cortex is located. Eight particularly sensitive electrodes penetrate the hair like a comb. They measure brain activity when they come into contact with the surface of the head.

The NextMind device thus essentially functions as an electroencephalogram (EEG), i.e. it measures voltage fluctuations in nerve cells from outside the skull. EEG are mainly used in neurological practice, but also in cognitive science and a number of other areas. 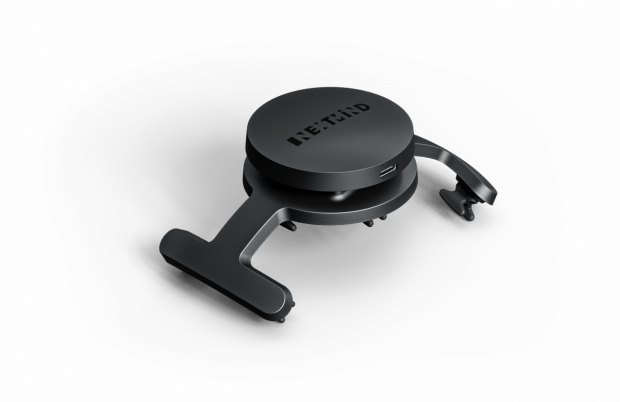 In order to initially establish the control, a user must first focus on a striking visual object. Nextmind then calibrates the system and creates a kind of neurological fingerprint of the wearer. The neurosynchronism between the focused object and the corresponding brain waves should then be so clearly measurable that the visual focus can be translated into computer commands.

An AI that is constantly being learned improves this synchronicity, so that the device should become more and more precise with increasing use. The following video explains the principle.

Nextmind has so far no dedicated application and wants the device as a developer kit for comparatively cheap 400 Sell US dollars. The delivery should be as soon as possible, but at least in the first half of the year 2020 respectively. A waiting list also already exists.

With the developer kit, Nextmind is pursuing somewhat self-serving goals. For one thing, more data is collected about more participants. This can improve AI faster. On the other hand, new applications are emerging that Nextmind may not have had in mind yet. Manufacturers of self-driving cars could, for example, install electrodes in the seats, so that comfort functions of the vehicle could only be activated with brain signals.

Obvious areas of application in industry and military

Other areas of application are also conceivable. The industry in particular, but also the military, are likely to have a number of ideas spontaneously. After all, there are always cases in which users would like a third hand to carry out certain activities. Here would be a thought control.

Nextmind is working on reducing the size of the interface in order to make it more inconspicuous and more portable in the future. In general, Nextmind boss Sid Kouider currently sees the biggest hardware restrictions. It should be able to work much more precisely.

The technology was tested at CES using a number of defined test scenarios. We did not have the opportunity to do this, but various colleagues got an idea of ​​Nextmind. Their conclusion is mixed. They confirm to the system that it basically works. Overall, however, it is very strongly designed for visual thought stimuli, so that it remains unclear where the advantages of an eye tracking system lie. 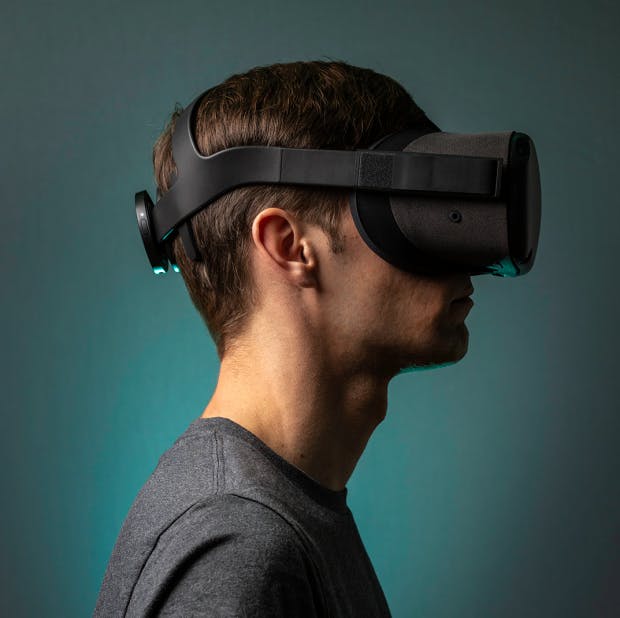 In any case, Nextmind, whose head Sid Loudier is a neuroscientist and who has published several times on the subject in specialist magazines such as Science and Nature, has clearly created a product with potential.

Facebook and Neuralink are also working on the topic

By the way, Nextmind grows competition from a financial heavyweight. Facebook also works on a mind control , but relies on it Bracelet instead of an electrode comb.

Elon Musk's Neuralink even goes one more One step further and wants to bring a brain-computer interface directly to the market as an implant. Neurologists view this critically and consider the announcement to be unreliable.

Revolution in the market:

News from Logitech: With mouse and keyboard against office diseases